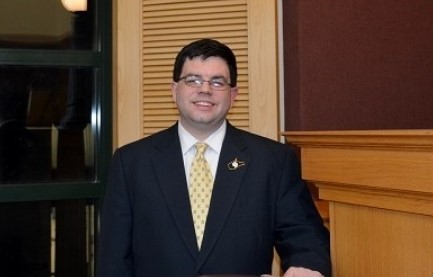 After being honorably discharged from the Army, Ryan attended the West Virginia University College of Law where he graduated third in his class.  He also served as Executive Research Editor for West Virginia Law Review.  Ryan’s first job was in Pittsburgh with K&L Gates, which was one of the largest law firms in the world at the time.  He missed the hills of West Virginia, however, and so when an opportunity came to return to be a law clerk for the Honorable Irene M. Keeley, the United States District Judge in Clarksburg, he returned home.  After a year of working on various criminal and civil cases for the Court, Ryan began work with Robinson & McElwee, PLLC, where he works to this day.

Since joining Robinson & McElwee, Ryan has dedicated much of his practice to representing abused and neglected children, helping them to have safe, healthy childhoods.  Despite the low pay involved in doing such cases, he has continued to do them because he has been able to make a positive difference in so many children’s lives.  Unfortunately, due to the drug problems in our county, the numbers of these cases are continuing to increase where a child’s life can literally be at stake.

Ryan’s passion for helping youth has also caused him to volunteer for years in Harrison County’s Juvenile Drug Court, in which youth who are just starting to head down the wrong path with drugs have their lives turned around.  The program has over a 90% success rate for youth who complete it.

As a member of Clarksburg City Council, Ryan has continued passion for fighting the drug epidemic and has supported our police and firefighters to have the training and equipment they need as well as the paychecks they deserve.

He has also fought for fiscal responsibility to direct needed funds to roads, bridges,  and other infrastructure while opposing taxes that would harm seniors and working families.  He knows that taxing Grandma is not the answer!

He has also pressed for greater transparency in city government and was glad to be a part of posting council meetings online and expanding the information the city offers online.

In his spare time, Ryan has served as President of the Rotary Club of Clarksburg, where he received the Paul Harris Fellow award, and he is also a past officer in a Veterans of Foreign Wars post. He is a member of the American Legion, Clarksburg Lions Club, Clarksburg Kiwanis, Harrison County Elks, and Shinnston Moose Lodge.

He is married to the former Laura Corley from Elkins. The couple resides in Clarksburg with their four children Henry (10), Marguerite (8), Annabelle (5) and Abigail (2).

You can join us using

Paid for by Friends of Ryan Kennedy, Laura Kennedy, Treasurer

Created with NationBuilder – Theme by Tectonica